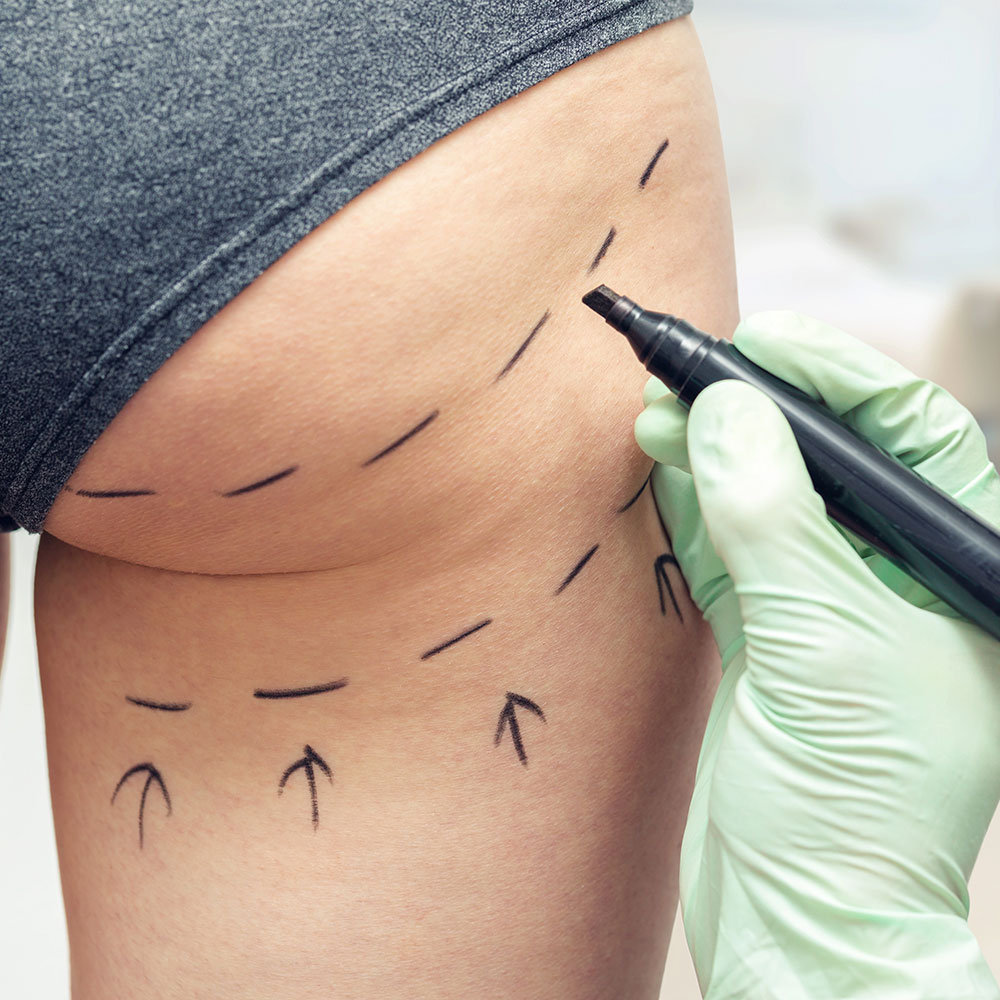 Incl. hotel, night in the clinic + drugs + all extras

Incl. hotel, night in the clinic + drugs + all extras

Free consultation for you

Fill out the form and receive a free consultation, your offer and itinerary.

The Brazilian Butt Lift, known as BBL, is a plastic surgery procedure which is getting more and more popular. It consists in transferring fat from selected parts of the body such as the hips, thighs or stomach to the buttocks.

The Brazilian butt lift is for people who want to get rid of fat from other parts of the body, shape them, and at the same time enlarge their buttocks and give them a rounder shape.

A BBL surgery is performed under general anesthesia. The operation is done in two stages. The first is liposuction, which involves collecting fat cells from different parts of the body, such as the hips, abdomen or thighs. It is extremely important that fat cells are cleansed and damaged as little as possible. The second step is the surgeon’s transfer of adipose tissue to specific areas in order to achieve the desired effect of a fuller and rounder buttocks. The surgeon makes three to five incisions around the buttocks to transfer the fat.

Meditravel offers a free online consultation with a physician specializing in BBL operations. In order to make it, it is enough to send 4 photos of the silhouette: front, back and both profiles, via the form available below on the website. During the consultation, the doctor assesses whether the procedure is possible, and from which parts of the body fat cells will be collected.

Operation in the Czech Republic or Turkey

Both liposuction and incisions during fat transfer are closed by the surgeon with sutures. After the procedure, compression garments are put on, which should be worn for a minimum of 2 weeks. During convalescence, special care should be taken. You cannot sit on your buttocks for 6 weeks after the operation. During this time, you should sleep on your side or stomach until your buttocks have healed completely. The gluteal area may be swollen and sore. About 6 months after the operation, the swelling completely disappears. Before having BBL surgery, you should consider the recovery period and its limitations. It should be remembered that any weight reduction may affect the effects of the Brazilian butt lift treatment.

The advantage of the Brazilian buttock lift are natural results, because the fat taken from the patient is used for this, additionally the BBL treatment slims other parts of the body and shapes the figure.

For people who do not have enough adipose tissue, special Polytech silicone implants are used, which are placed over the gluteal muscles. Meditravel cooperates with an aesthetic medicine surgeon who is one of the best doctors in the world specializing in buttock augmentation with implants. The Brazilian butt lift is a procedure that is becoming more and more popular.

Check out the before and after photos 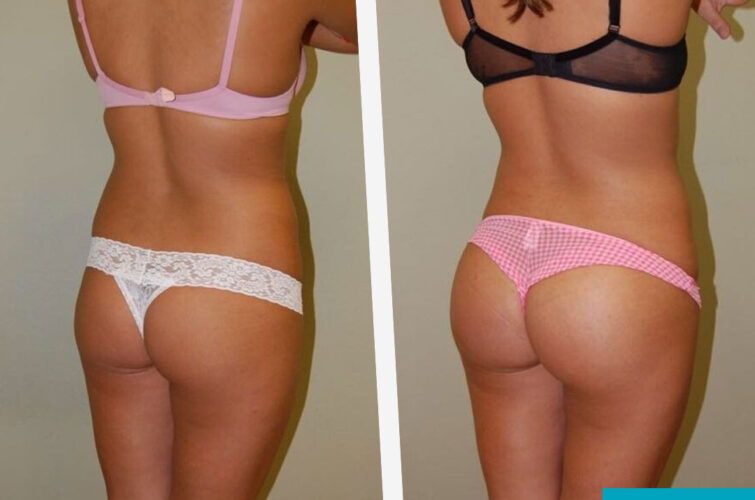 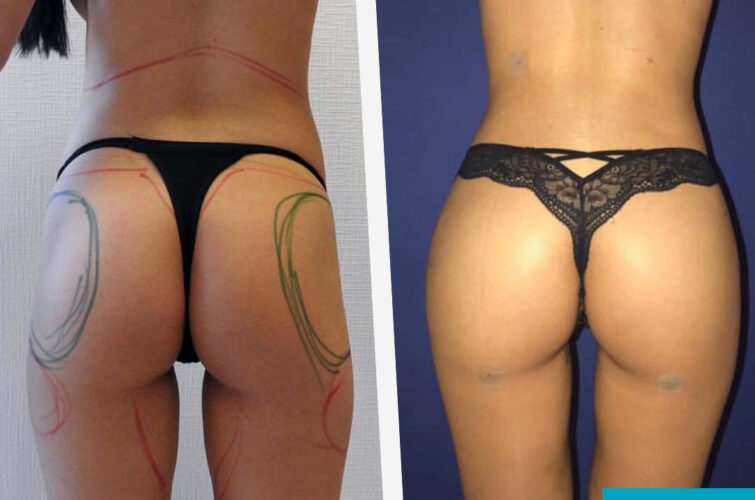 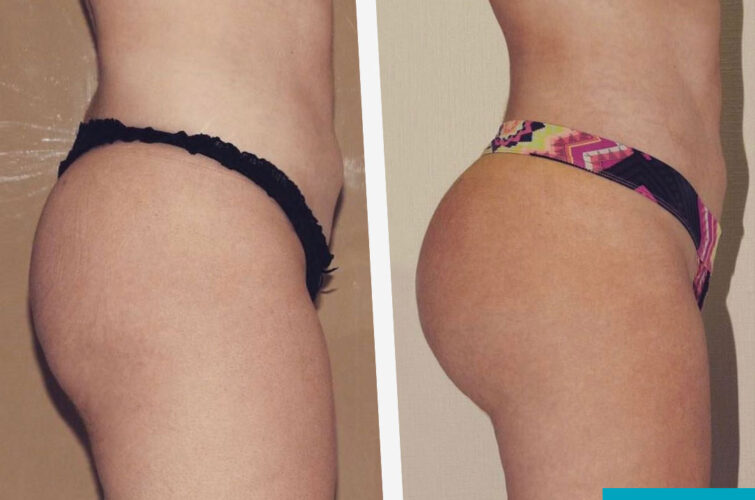 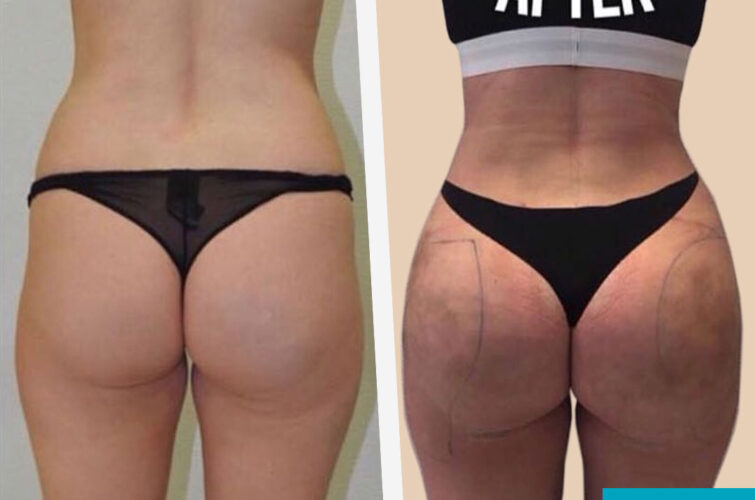 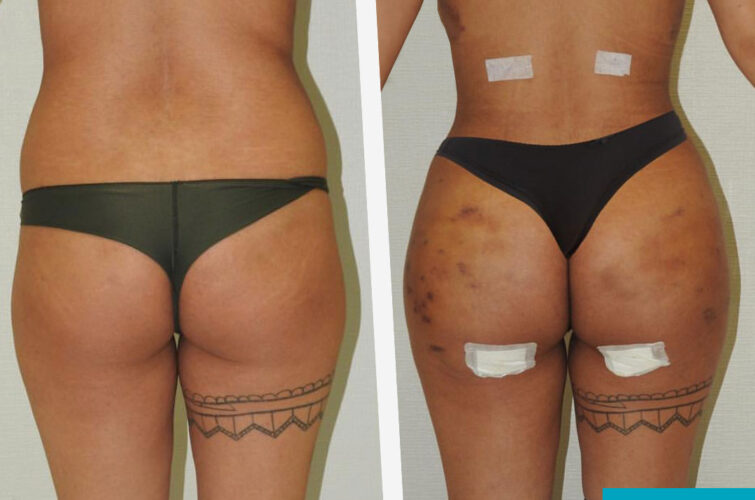 from 2999 €
We will provide the exact price after your consultation

Meditravel organizes and coordinates the entire trip from the consultation to the treatment. After the procedure, our consultants are available online for all patients throughout the convalescence period.

For the well-being and the highest comfort of our patients during their stay in the Czech Republic or Turkey, we provide a stay in a luxurious 4-star hotel in the center with breakfast included in the price.

free consultation for you

The clinics are fully open and all operations are taking place as planned. We will inform you of any relevant travel requirements.

1. How can I benefit from a consultation at Meditravel?

Meditravel offers a free online consultation. You only need to send one picture of your chest. A qualified surgeon will help determine the status of gynecomastia development and propose appropriate treatment.

2. Is the consultation free?

The consultation is free and non-binding.

3. How long does it take to go for BBL treatment?

4. Is the procedure performed under general anesthesia?

5. How long does BBL surgery take?

The procedure takes about 2-3 hours.

6. How long does it take to recover from surgery?

After the procedure, compression garments are put on, which should be worn for about 2 weeks. You should not sit on your buttocks for 6 weeks, during which time you should sleep on your side or stomach. About 6 months after the surgery, the swelling completely disappears. During convalescence, special care should be taken.

7. How long does the effect last after BBL treatment?

The results of BBL treatment last for several years, because adipose tissue is naturally absorbed after some time. It should be remembered that each body reduction has an impact on the effects of BBL treatment.

8. What if I don't have enough body fat?

In a situation where the patient does not have enough adipose tissue, special silicone implants are used, which are placed over the gluteal muscle.

9. Do you offer the option of dividing the costs of BBL operations into installments?

Mediraty offers the possibility of financing medical treatments. The entire process is online. If you are interested, please consult our website. Our consultant will contact you and present an offer.

Everything about BBL - Brazilian Butt Lift 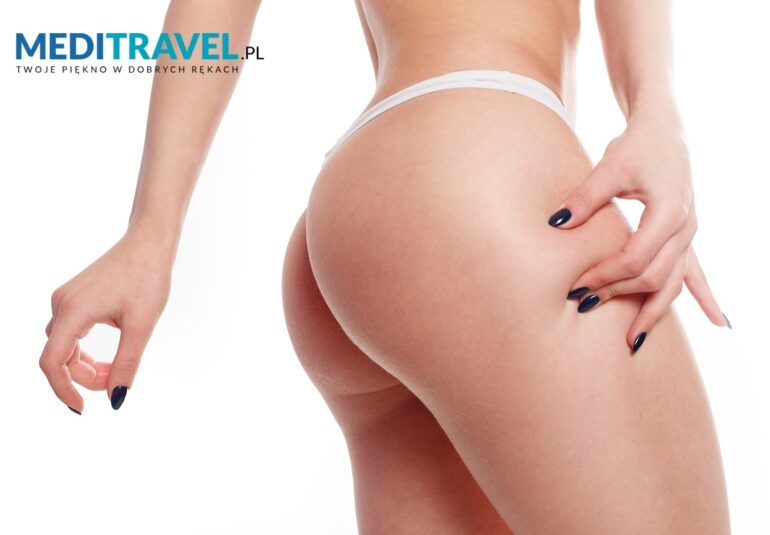 What is a Brazilian butt lift and how long does it last? 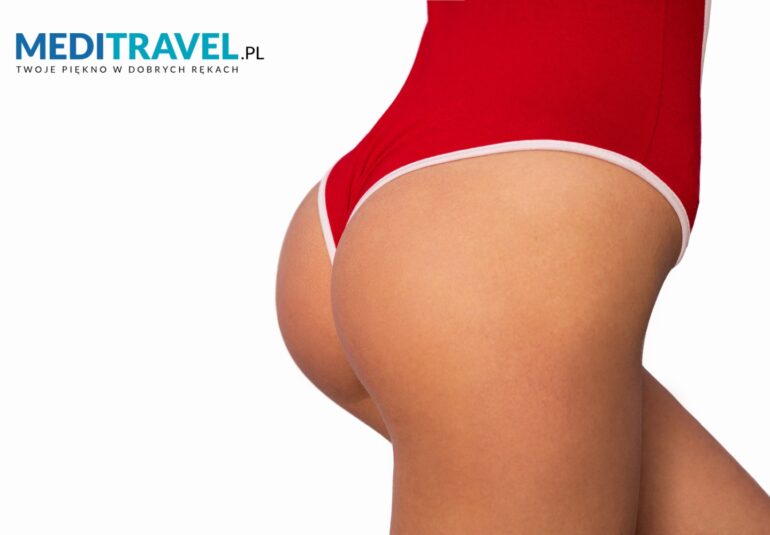 Fat transfer after liposuction. Is this the right procedure for you?

Our website uses cookies for statistical, advertising and functional purposes. Thanks to them, we can customize the site to your needs. Anyone can accept cookies or have the option to disable them in the browser, so that no information will be collected. Learn more about how to disable them. Confirm More
Manage consent

This website uses cookies to improve your experience while you navigate through the website. Out of these, the cookies that are categorized as necessary are stored on your browser as they are essential for the working of basic functionalities of the website. We also use third-party cookies that help us analyze and understand how you use this website. These cookies will be stored in your browser only with your consent. You also have the option to opt-out of these cookies. But opting out of some of these cookies may affect your browsing experience.
Necessary Always Enabled
Necessary cookies are absolutely essential for the website to function properly. These cookies ensure basic functionalities and security features of the website, anonymously.
Functional
Functional cookies help to perform certain functionalities like sharing the content of the website on social media platforms, collect feedbacks, and other third-party features.
Performance
Performance cookies are used to understand and analyze the key performance indexes of the website which helps in delivering a better user experience for the visitors.
Analytics
Analytical cookies are used to understand how visitors interact with the website. These cookies help provide information on metrics the number of visitors, bounce rate, traffic source, etc.
Advertisement
Advertisement cookies are used to provide visitors with relevant ads and marketing campaigns. These cookies track visitors across websites and collect information to provide customized ads.
Others
Other uncategorized cookies are those that are being analyzed and have not been classified into a category as yet.
SAVE & ACCEPT